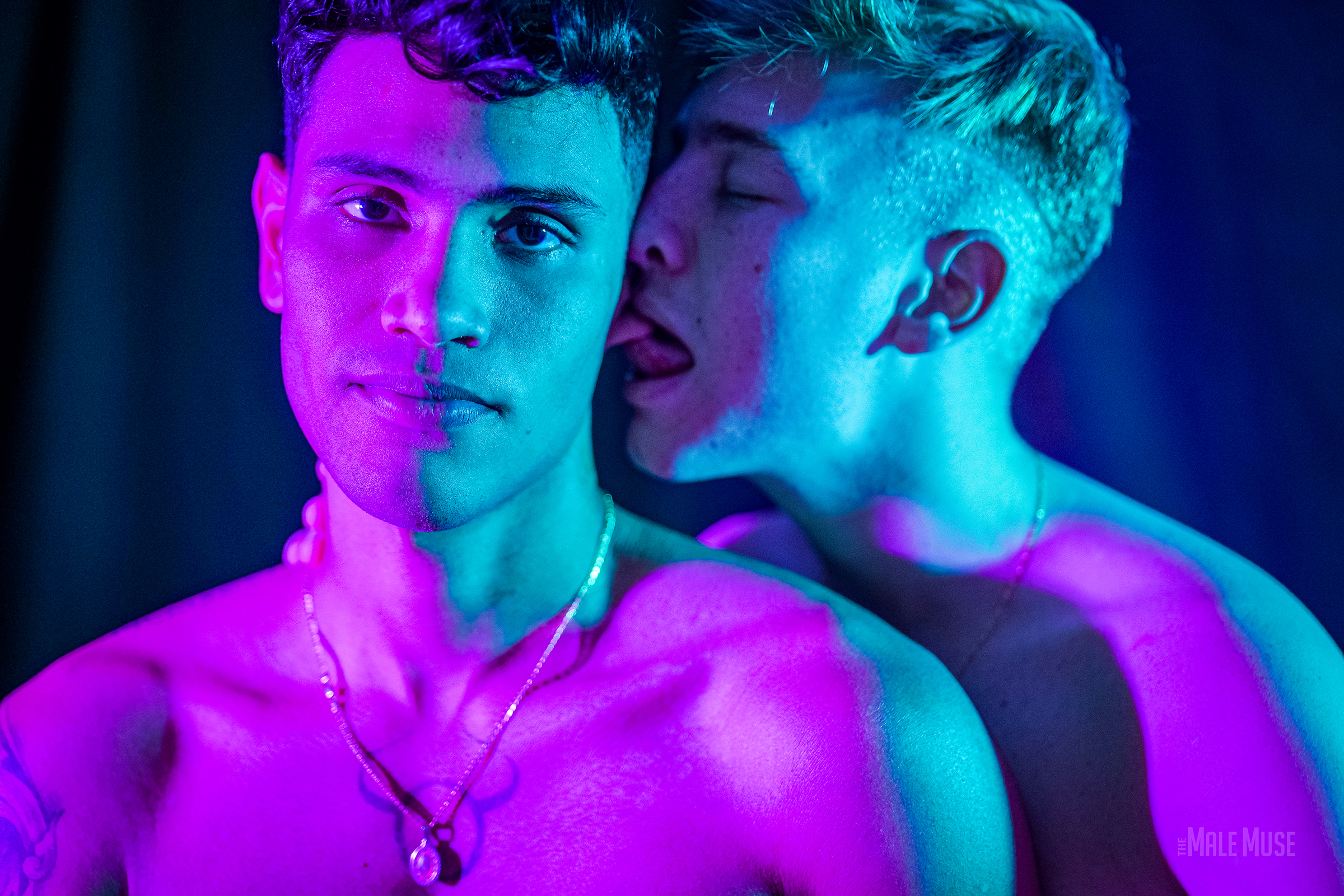 Another series of images from my collab with cute twink couple Wilmar and his boyfriend Alvaro, two Spanish boys who live here in Málaga. At the end of our shoot I took the boys into the studio for some more of my colored light experimentation. This is by far my fave series so far that I’ve done with this concept. This color combination of baby blue and pink created magic on both of their bodies. The formula for this technique is definitely locked in now, so I look forward to getting more of these image done in the near future. As I mentioned in my earlier post for Wilmar’s first gallery, the language barrier kept us from being able to communicate fully, but as always I found a way to relay my directions in my broken Spanish. Wilmar is a natural in front of the camera which made my task all that much easier. He’s got one of those faces that looks great at nearly every angle and a beautiful lean body with some great tattoos. Of course I had to work in some shots of his sexy feet as part of the mix while he posed around the living room in his briefs.Join my JustForFans account at the link below to see his full nude galleries!

Check Out the Full Nude Galleries on my JustForFans!
Post Views: 576
By Mark
AlvaroWilmar
Share
6
prev next